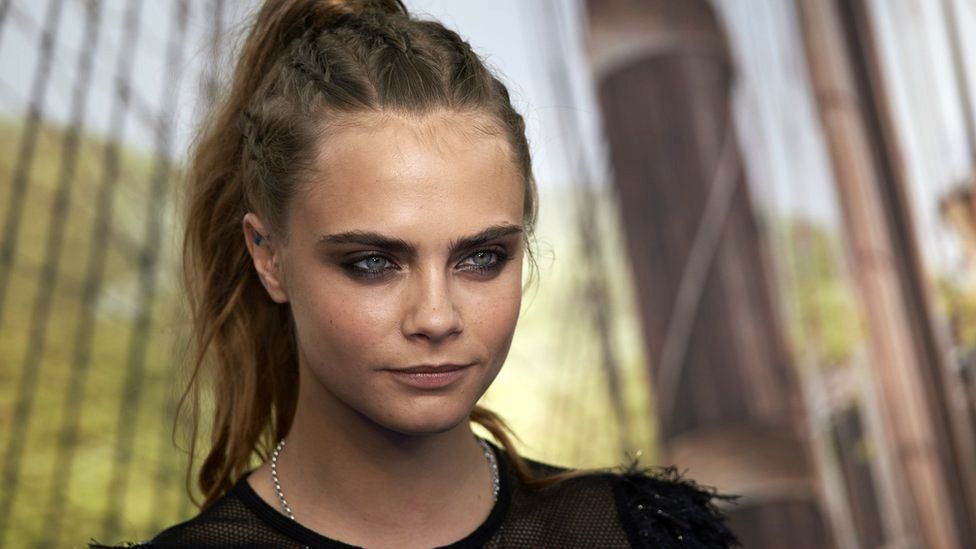 English actress and model Cara Delevingne, in a new interview, with RuPaul,  has opened up on her bisexuality.

The 26-year-old model, who is currently in a relationship with Pretty Little Liars actress Ashley Benson, 29, opened up on giving orgasms, sex and more on RuPaul podcast What’s The Tee? this week

On Orgasms, Cara said; ‘I’m very good at giving love and not at receiving it. I’m the same in bed.

‘I find it quite difficult to receive pleasure and love and things like that, so I love to give.’

The model also talked about the best ‘gift’ she could give to a lover which would be an orgasm saying; ‘I used to go to clubs but I’d rather have sex than go out now.’

‘Part of sex — that ­connection — is feral. You meet someone but when you go in the bedroom, it’s another animal.

‘To me, that is so interesting. There are certain people who are super-sexy and they flirt with you, then you have sex with them and they are terrible.

‘I can allow pleasure but it’s hard to find that person. I have found them before, for sure.

‘That whole courting process of power is very interesting. And it’s a difference with men and women.

‘I’m always very submissive with men. Always. But with women, I’m the opposite. So it’s weird.’

On her sexuality;
‘Films and fantasy and books were so incredible to me and I learned so many lessons from that.

‘That was why I never wanted to accept my sexuality. Disney princesses all love men and that’s the way it is. And I’m not going to be a princess if I don’t like men.’