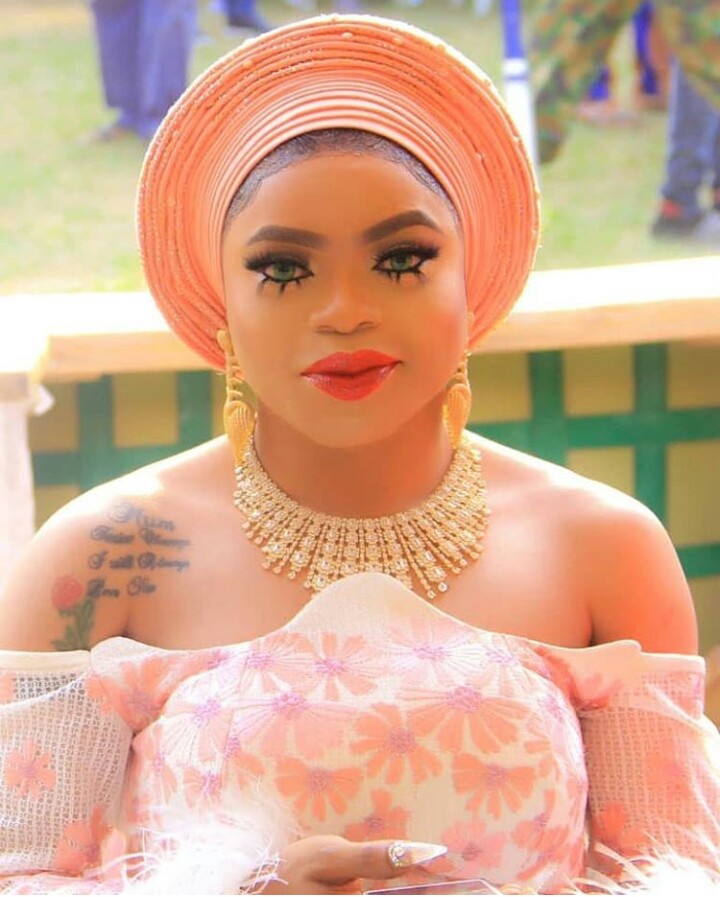 Nigerian crossdresser, Idris Okuneye, simply known and addressed as Bobrisky has caused a major stir on social media after sharing that he makes a whopping sum of one million Naira daily.

The highly controversial figure backed his claim by showing proof of a million Naira transaction which happened on his account early this morning. 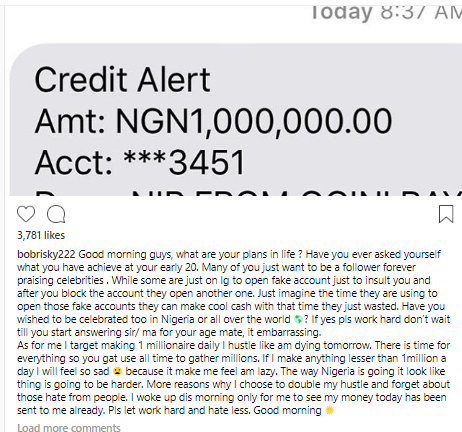