Governor Rochas Okorocha has heaped the blame for the defeat of the All Progressives Congress (APC) in Imo State governorship election on the National Chairman of the Party, Mr Adams Oshiomhole. 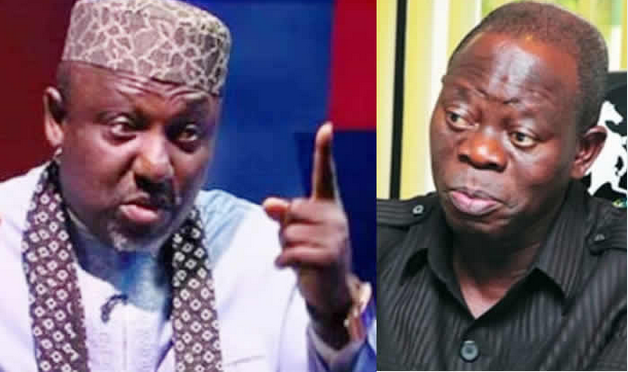 Rochas revealed this at press statement he issued through his Chief Press Secretary, Sam Onwuemeodo. Rochas emphasised that Oshiomole selected the wrong candidate for the election. Rochas insists that the result of the election has shown that Hope Uzodinma was a mole of the PDP.

We had maintained that Chief Uzodinma was just a mole in the APC. Today, the governorship election in the state and its outcome have obviously vindicated us. Aside from the fact that Chief Uzodinma worked for the PDP in the presidential/National Assembly elections and also in the governorship/House of Assembly elections, he was one of the first set of people to celebrate with the PDP candidate, Chief Emeka Ihedioha, the moment he was announced the winner of the election. The video of Chief Uzodinma’s celebration with Ihedioha has gone virile on the social media, Governor Okorocha stated.

He further said: “Chief Uzodinma succeeded through Adams Oshiomhole to ensure that the list he sent from Abuja which he gave to INEC, only his supporters were made agents of the party and the Resident Electoral Commissioner in the State (REC) Prof. Francis Ezeonu, insisted on the list, just to ensure the success of their conspiracy.

Unfortunately, none of the Uzodinma/Oshiomhole’s approved agents were seen either at the ward level, or local government level or at the state level. They didn’t care about the election and its outcome. At the end of the day, the APC candidate came fourth. And he has been celebrating with the PDP candidate.