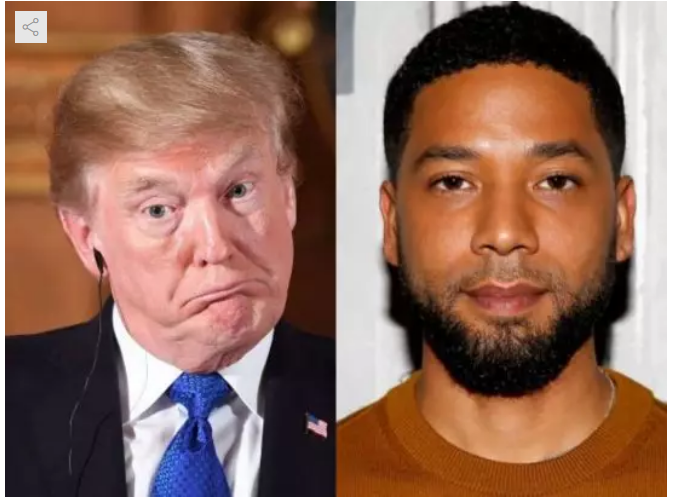 Following the recent ruling on Jussie Smollett’s case which saw it been dropped, President Donald Trump has called the ruling a national embarrassment that has to be reviewed.

A few days ago, the Empire actor got all the charges against him dropped after police had arrested him saying he staged the racial and homophobic attack on himself.

It however later turned out that two Nigerian brothers Ola and Abel Osundairo were the ones allegedly involved before the case was eventually dropped.

Reacting to the case, Trump tweeted:

“FBI & DOJ to review the outrageous Jussie Smollett case in Chicago. It is an embarrassment to our Nation!”