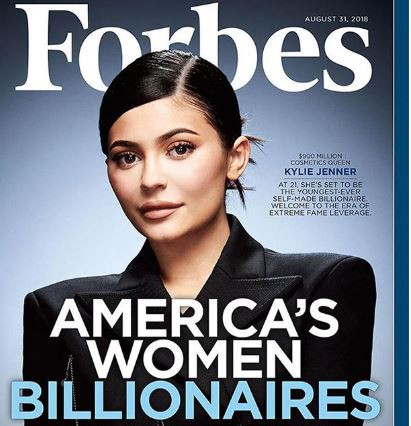 The reality TV star and makeup guru, Kylie Jenner, has emerged the world’s youngest billionaire at  21.

The mom of one was admitted to the “nine-zero” fortune club by Forbes on Tuesday.

Kylie was ranked the 2,057th richest person in the world by Forbes. Jenner beat Mark Zuckerberg who snagged that position back in 2008 when he was 23.

The reality TV star snagged this spot from the profit made from her Kylie Cosmetics. The cosmetics company, according to Forbes,  made $360m (£274m) in sales last year.