On Tuesday, March 5, 2019, Haruna Bala, the man who made headlines for swimming and drinking drainage water to celebrate the re-election of President Muhammad Buhari for a second term in office, was reported to have died.

After the announcement of the presidentoal election result, Bala celebrated by swimming and drinking inside gutter in Bauchi State.

He was admitted to the hospital a few days after performing the stunt, where he was diagnosed with Gastrointestinal bleeding contacted from the contaminated drainage water. 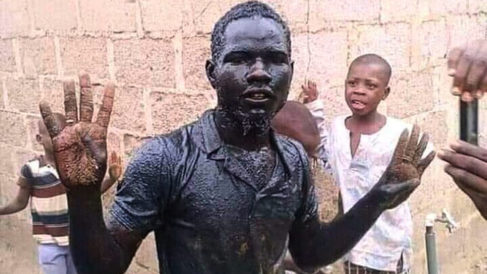