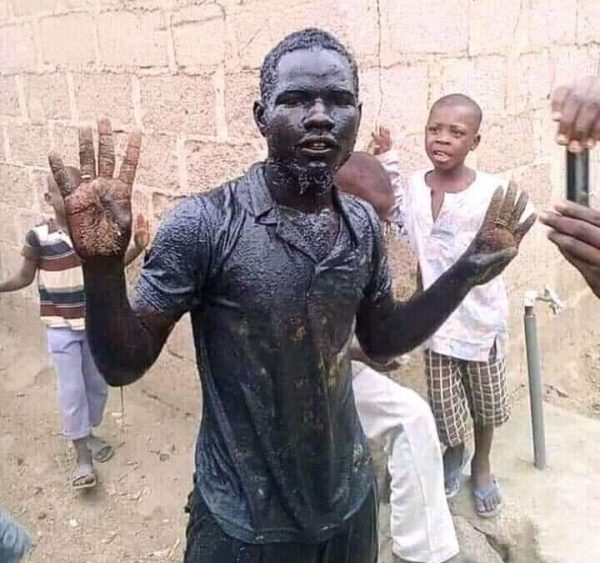 Bala Haruna, a strong supporter of President Muhammadu Buhari in Bauchi State, who spent 10 minutes inside a gutter and drank water from it, after the president won his reelection has died.

Last Wednesday, Haruna had made the news after he jumped in a gutter and drink dirty water from it, following a promise he made to do so, should Buhari defeat Atiku Abubakar in the February 23rd presidential election.

However, the staunch supporter of the president was said to have died after battling with Gastrointestinal bleeding in the hospital yesterday.

Haruna was reportedly rushed to the hospital following complains of acute abdominal pains and stooling of blood for two days.

Upon carrying out their tests, doctors confirmed he had Gastrointestinal bleeding, which he got from drinking contaminated gutter water – which sadly took his life.