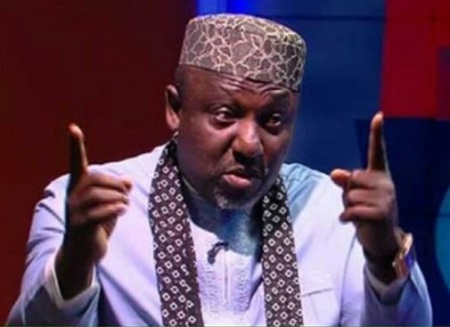 Governor Rochas Okorocha of Imo state has said that people who want him politically irrelevant ahead of 2023, are those responsible for him not being issued the Certificate of Return as the senator for the Imo West Senatorial District.

Okorocha stated that Imo state Resident Electoral Commissioner had falsely accused him of holding him hostage to declare him the winner. He noted that it was impossible for him to have done what he’s been accused of, because he was already winning as at the time  results were being collated.

Okorocha told newsmen at the Imo Governor’s Lodge in Abuja that, the whole drama behind him being denied certificate of return “is aimed at ensuring that he does not become one of the principal officers of the Senate when it is inaugurated.”

“The law stipulates that once a candidate has been declared winner, he must receive his certificate of return.

“I am sure I was conspicuously absent from the certificates issuance ceremony. I was not there because INEC has removed my name from the list of senators having been declared the winner by the zonal returning officer.

“So, I am actually waiting to hear why INEC struck my name out. I think probably, INEC must be trying to do something special because I understand once results have been declared and returns made then you are bound to be issued a certificate of return.

“But to have exempted me, I am in the dark as to what was the reason I was not invited to collect my certificate of return. Maybe, INEC would want to organise a special programme for me to hand over this certificate of return because clearly, I won and it was a peaceful election, the best you can ever think of.

“I am told from the grapevine that it was because of duress. In other words, somebody must have coerced the returning officer to do what he was not supposed to do but here again; I do not understand what that means because there was nothing of such.

“So, I do not understand why we should be the people forcing someone to do something wrong to claim victory. It is not true but I must let the world understand that this is a game that is being played.”