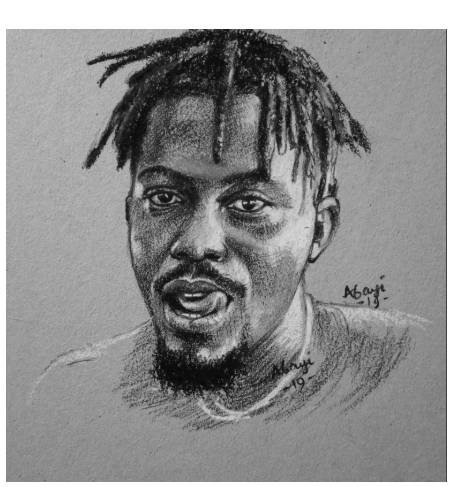 Nigerian singer Ycee is being brutally attacked by his non-fans on Twitter after he made a comment about a sketch of him.

An artist had taken to the social media app to share a sketch of the singer with the tweet;

“A pencil sketch of @iam_YCEE  ..pls help me retweet until he sees it. ” 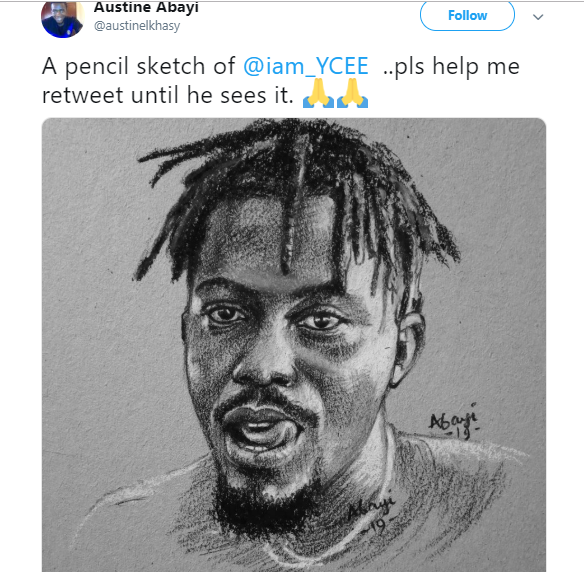 Ycee did see the sketch and replied that he is not American comedian Kevin Hart who recently made enws after he purchased an artwork of him drawn by a Nigerian. 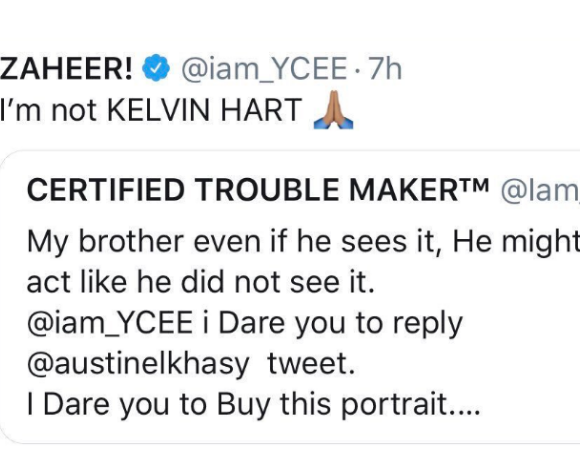 This, of course, did no go down well with some people online wh too time out to drag the singer. Read some of the comments below; 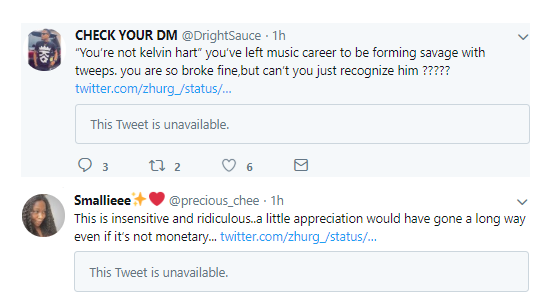 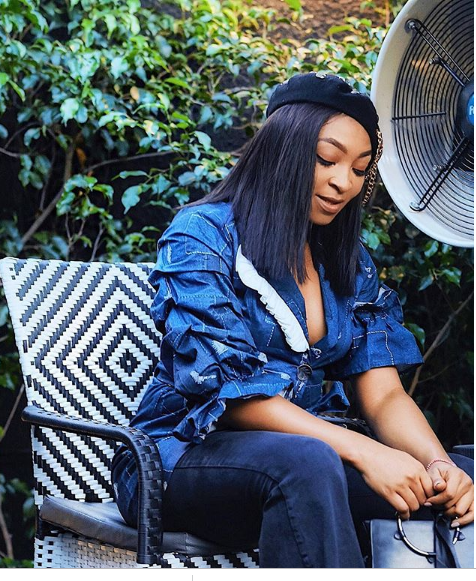