The giant broom that was erected by supporters of President Muhammadu Buhari and the All Progressives Congress, APC, in the buildup of the presidential election has started to decay.

The giant broom which was erected at the city gate in the Federal Capital Territory, FCT, Abuja stirred a lot of reactions from critics and the opposition Peoples Democratic Party, PDP.

The broom after just a few weeks of being erected has now started to decay, to more disgust of critics – they have now taken to social media to blast the present administration. 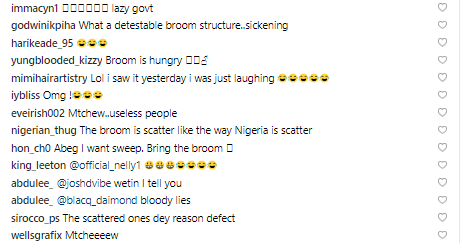