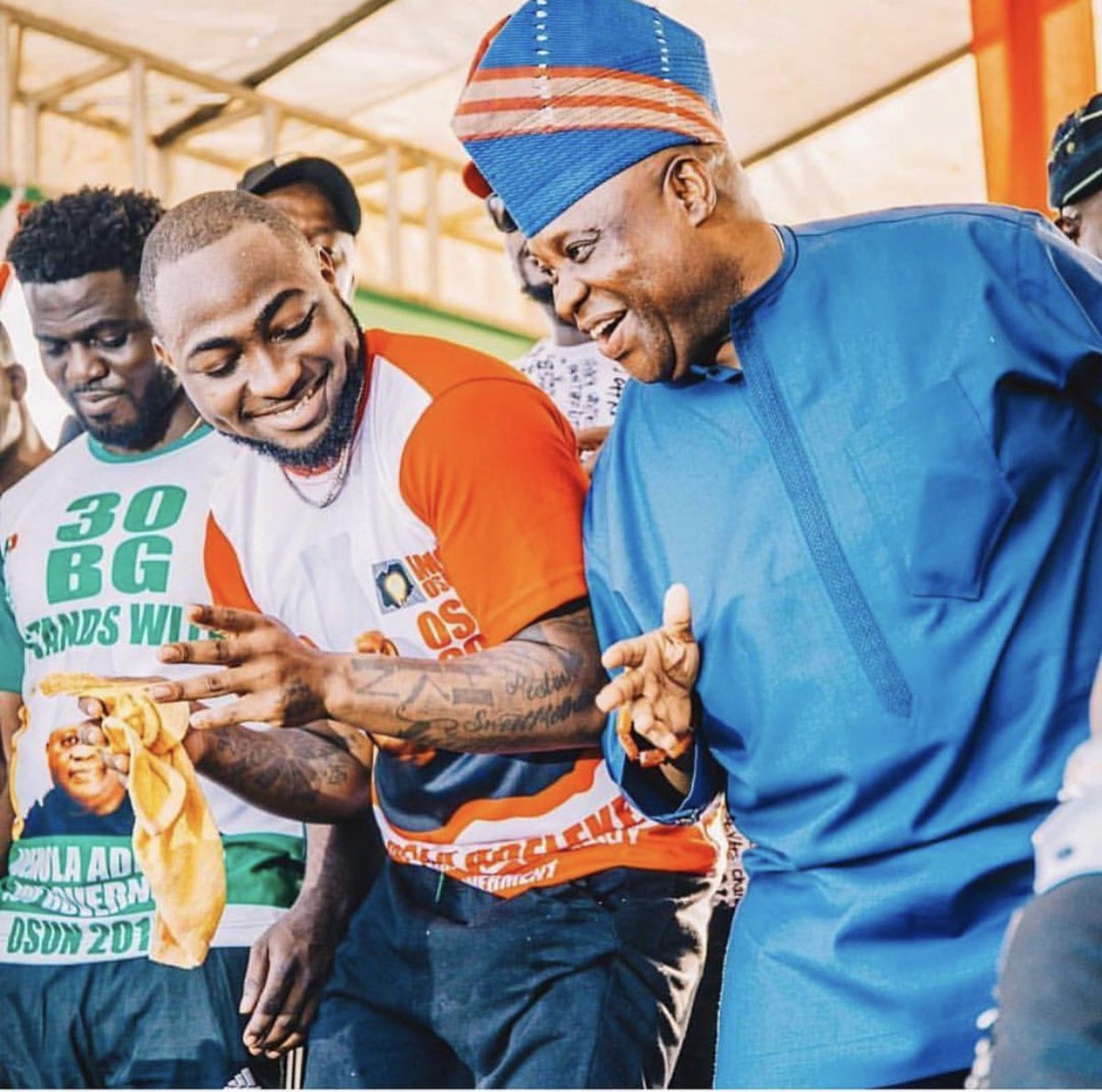 Nigerians have taken to social media to hail Nigerian singer, David Adeleke aka Davido after his uncle, Senator Ademola Adeleke was declared the winner of the September 22nd governorship election in Osun state.

It will be recalled that the singer went all out to support his uncle, in the build-up of the election, which earned him more love and respect from his fans.

The Election petition tribunal gave the ruling this afternoon in Abuja, as the All Progressives Congress, APC candidate, Gboyega Oyetola was displaced.

Gov Adeleke Incoming! @iam_Davido congrats to you and all PDP supporters nationwide.#AtikuIsComing