Popular Nigerian activist, Deji Adeyanju, who is the Convener of Concerned Nigerians has said he has parted ways with Charles Oputa also known as Charly boy, the Convener of the OurMumuDonDo Movement. He accused Charly boy of betraying the cause of the movement while he was in prison. 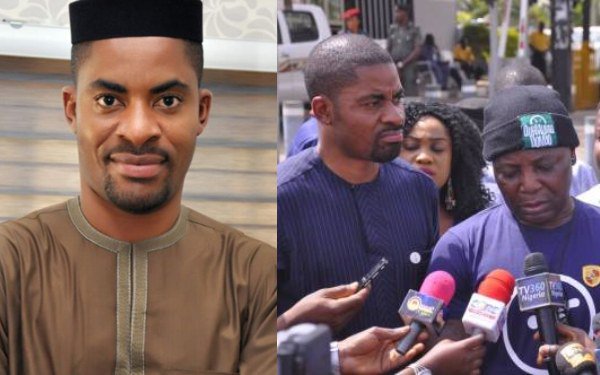 He made this known via a text message he sent to SaharaReporters today March 13th.

Consequently, Nigerians without waiting to hear Charly boy’s end of the story have taken to their Twitter handle to fire heavy shots at the self-acclaimed ”area fada”

Charly boy is a fraud