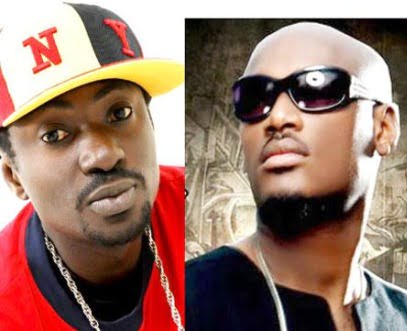 Nigerian dancehall singer, Ahmedu Obiabo, simply known and addressed as ‘Blackface has renewed his feud with his former friend and Legendary Afro-pop legend, Innocent Idibia was also known as ‘2Baba’ in a new released single, `War’.

In the song, Blackface accused Tuface of stealing his song and also blocking him from getting shows.

A line from the song:

“Why you steal my song you no let me know, na you and your manager wey dey block my show from every carnival; Your mama say you’re Innocent, but I know say you cannibal.”

Consequently, Nigerians have taken to their Twitter handle to fire heavy shots at him with a large porting saying ”he is at war with himself”.

Is blackface fighting himself?

~ I don’t know what 2baba did when he was with blackface but I pray you never meet someone that won’t forgive you & move on. It’s been more than a decade & blackface still releasing a diss track in 2019? – Whatever it is, this blackface isn’t slowing down anytime soon o