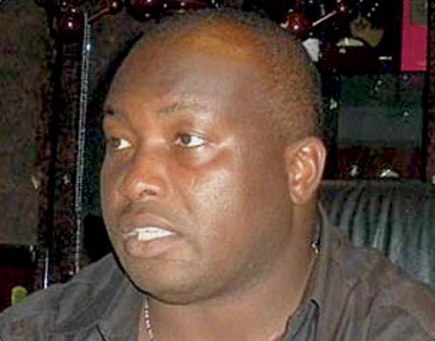 Ifeanyi Ubah, who won the Anambra south senatorial seat during the February 23rd National Assembly election on the platform of the Young Peoples Party (YPP) has decamped to the All Progressives Congress (APC).

The announcement was made by the APC national chairman, Adams Oshiomhole, yesterday, when President Muhammadu Buhari met with APC senators-elect.

Nigerians have expressed their disappointment at the move by Ubah, which they claim is a betrayal to those who voted him on the third force platform.

It's good enough that Ifeanyi Ubah showed his hands early on.

Never again will such an amoral fellow be elected in Anambra Politics.

Anyway, I don't blame him. I blame @WillieMObiano under whose political nzuzubility #APGA is on a slow death. https://t.co/6OpoGhTtGo

This Ifeanyi Ubah proves that

Ifeanyi Ubah Dumping YPP for APC, to me it's a very wrong move!
He should be rest Assured that APC can't and will never win Anambra State (incase if he still got a gubernatorial ambition) . Am a big fan, I voted him but this is so unwise of him.

Ifeanyi Ubah from PDP to APC, to Labour party to APGA, to YPP & now to APC. You see why trusting these politicians, fighting for them, making enemies because of them is stupid right?. They're not loyal to anyone than themselves, anywhere belle face people, no integrity, no class.

Why did Ifeanyi Ubah defect to the APC?
Firstly, and very simple; His business Capital Oil is a just a corruption-driven venture.
Secondly, he has an eye on the Anambra governorship seat which is primed to return to Anambra South( his senatorial zone) in 2022.