Governor Nasir El-rufai of Kaduna State has dismissed the claims by Alhaji Atiku Abubakar that he won the Presidential election in Kaduna State.

El-rufai described the claims as a fiction. He said even when PDP ruled the state between 2003 and 2015, President Muhammadu Buhari had always won in Kaduna State. He went to further to say that, Atiku got 400,000 votes because voter’s card reader failed to work in some places.

When asked about Atiku’s claims, El-rufai answered that “in his dreams.”

In his words; Well, I heard about that. Initially, I thought it was a joke but when I checked I saw clearly that he said he won Kaduna. It must be in his dreams…

Also reacting to the purported access to IEC’s server by Atiku, El-rufai said;

well, I don’t know abou server, it must be Atiku’s server. I don’t know about INEC server, we don’t know how they had access to it, they will tell us during the tribunal proceedings what is this server and how they got access to it and how they got their numbers. You do not go to court in an election petition by quoting INEC server or any other server. Anyone can create a server, I can go and buy it, it is a piece of equipment and call it INEC server. But that does not mean that it amounts to anything, we are guided by the electoral act and the evidence act and other enabling legislation and he has to prove his case. But anyone can make claims; we live in the age of fake news and fake claims. Anyone can make claims but you have to prove it. 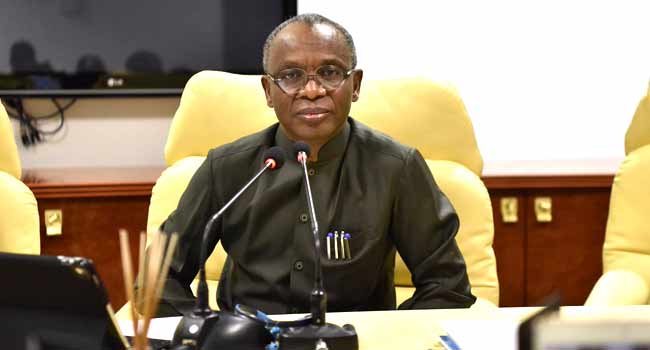