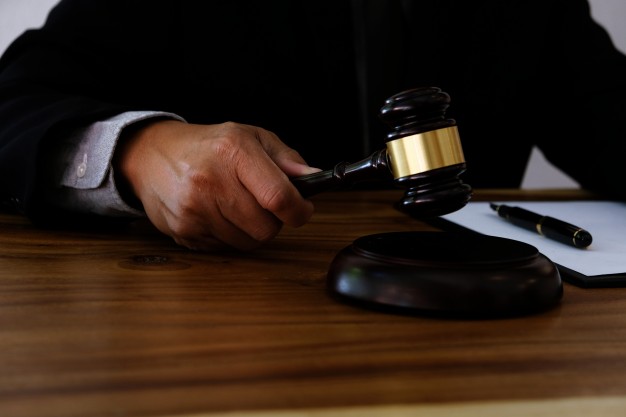 In 2016, Chukwudi Onweniwe, a student of Rufus Giwa Polytechnic, Owo, Ondo State, killed his girlfriend, Nifemi Adeyeoye, after raping her in a farm in Ogbese, Akure North area.

Onweniwe(22) who was a part-time student of the Department of Science had told police that he strangled Nifemi, who was a Laboratory Technology (SLT) student of the same school, just for fun.

According to reports, the killer had taken his victim “to a farm near Alayere, Ogbese, raped her and then snuffed life out of her by choking her.”

“I invited her from Owo to Akure and, after introducing her to my parents, I lured her into a bush and strangled her, leaving her body in the bush.

“On the second day, I asked a commercial motorcycle rider to take me to the bush where I had left her. I observed that she was not dead, I used a stone to hit her head repeatedly and she died immediately.

“My parents became curious when they did not see her and I was arrested by the police.

“I did not remove any part of her body; I only killed her for the fun of it. I made love to her in the bush before killing her. I am not a cultist. It was when I killed her that I realized I made a big mistake and I wept bitterly.

“The devil pushed me into killing her.”

The killer was then brought before the High Court sitting in Akure, Ondo state capital, on May 22, 2017 on a four-count charge of endangering life, kidnapping and abduction, rape and murder.

Jumoke Ogunjebi, who was the prosecuting counsel told the court that Chuwkudi had taken Nifemi “to a farm near Alayere, Ogbese, raped her and then snuffed life out of her by choking and strangulating her to death”.

While giving evidence, Inspector John Aderibigbe, a police officer revealed how a motorcyclist haf reported the suspicious movement of the killer and his victim on that fateful day.

“It was a motorcyclist who reported the suspicious movement of the accused person and the deceased at the police station”.

Nifemi’s mother, who was one of the 5 witnesses called by prosecution revealed also that her daughter had informed her on that day, that she was going to see a friend but never came back home.

“l did not see my daughter after she went missing until policemen invited me to come to the mortuary to identify a corpse whether it was that of my daughter or not,” she said.

The two motorcyclists, who took them to a spot in Akure, also testified during the trial.

Justice Samuel Bola, whole delivering judgement said that the prosecution had proven its case beyond reasonable doubt in three out of the four-count charge.

“Though there was no witness which stated that the accused person was the one who actually committed the murder, circumstantial evidence points to the fact that he had indeed committed the crime”, the judge said.

“The circumstances were that he was last seen with the deceased according to the testimonies of the motorcyclists and the belongings of the deceased were found in his room”.