There are reports that the Nigerian senate upon resumption next week will probe the Independent National Electoral Commission, INEC over postponement of the presidential election from February 16th to February 23rd, 2019.

The senate will reportedly resume after a long break, when the governorship and house of assembly elections have been conducted.

This was made known by the chairman Senate Committee on Works, Senator Kabiru Gaya while speaking with State House correspondents at the Presidential Villa.

He said though he was happy with the elections postponement, the senate will probe it nonetheless. 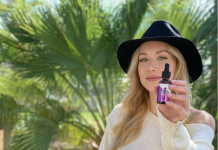