Earlier in the day, we reported the story of veteran rapper Eldee calling singer Olu Maintain out on social media.

According to Eldee, Olu has continued to perform his song ‘Big Boy’ without permission, while also acting like he owns the song.

In anger, Eldee dragged Olu Maintain on Twitter calling him a n***a for the act.

Olu Maintain has finally responded to the insult by sharing a video of him performing the song in question back in  December 2018 with the caption; 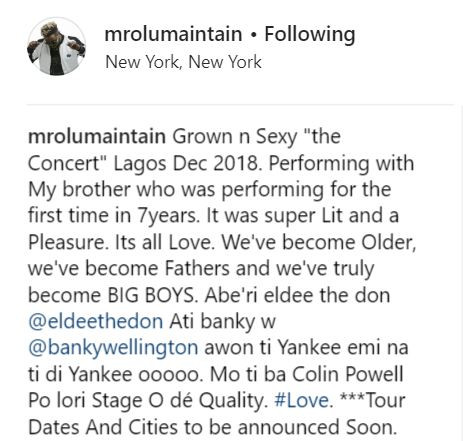