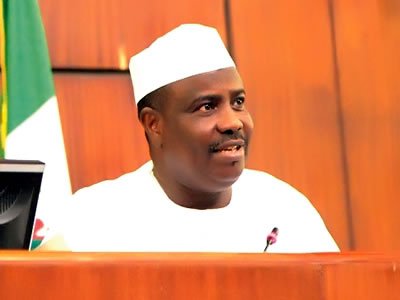 Governor Aminu Tambuwal of Sokoto state has hailed the people of the state, after he was declared winner in the just concluded governorship election.

According to Tambuwal, who won the March 23rd supplementary poll with the slimmest of margins, the people went above and beyond to reelect himand promised not to disappoint them.

In a statement by the Governor on Monday, he promised to “ensure a strategic government that will involve all, so as to develop Sokoto State.”

I want to specially thank the good people of Sokoto State, who went above and beyond to vote for continuity of the development of our dear state.
We shall continue to work tirelessly and initiate projects that will directly impact positively on the lives of our people.

We have succeeded in wining this election with all of you and we will ensure a strategic government that will involve all, so as to develop Sokoto State and maintain its credibility and respect in the country and the world at large.

We have won the election and we need to celebrate it, but I urge all of you to maintain peaceful victory rallies and also pray for the best leadership of our dreams.