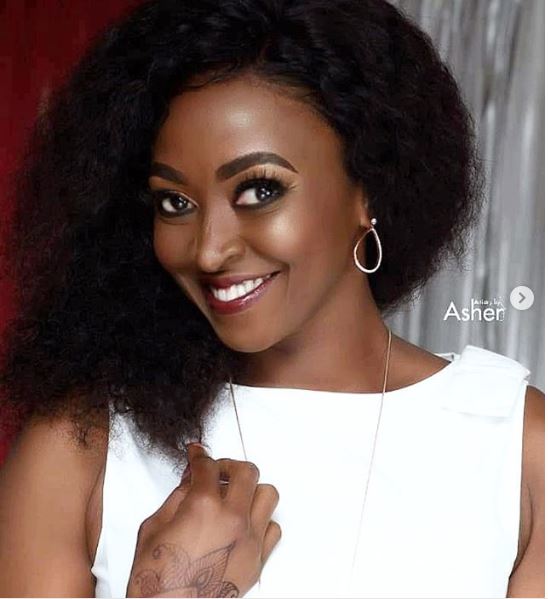 An interviewer has sparked a serious reaction from the Nigerian Twitter community after she shared an encounter, she had with an interviewee, who gave her compliment.

The Human Resource person had tweeted about how a young man, she had just interviewed, disrespected her by telling her “she smells nice.”

@Taiwo_y definitely didn’t think that that little tweet will be a subject of national discussion, and an avenue for Nigerians to vent just days after the 2019 general elections were conducted. 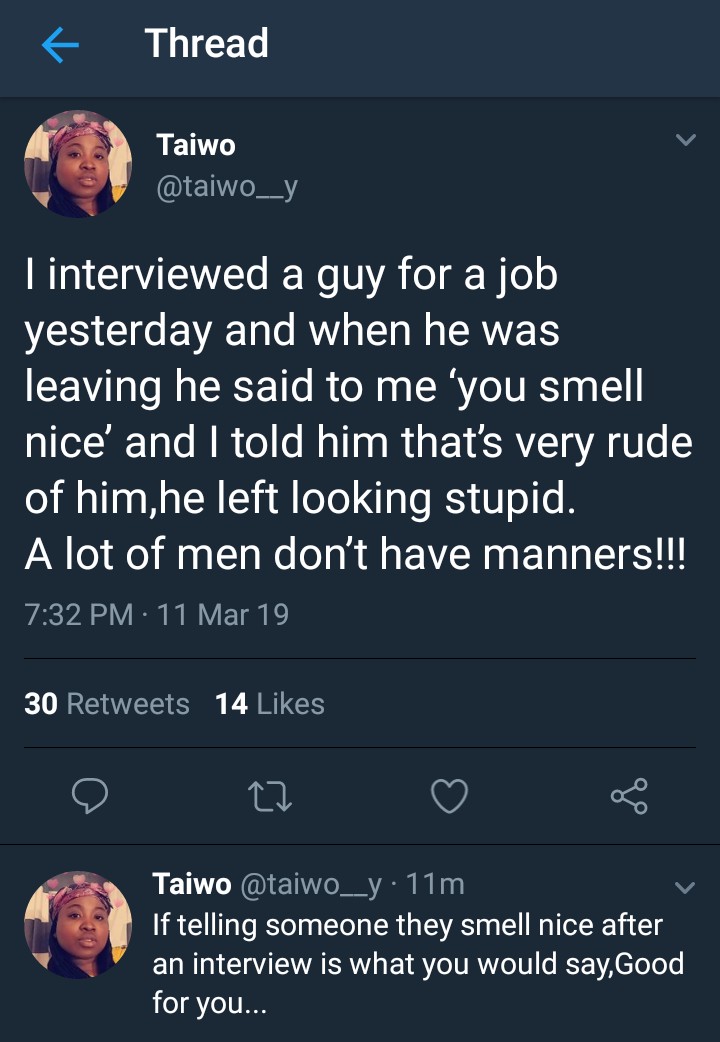 So, a fan of a Nollywood veteran actress had said he’d never tell any woman, they smell nice after what @Taiwo_y said.