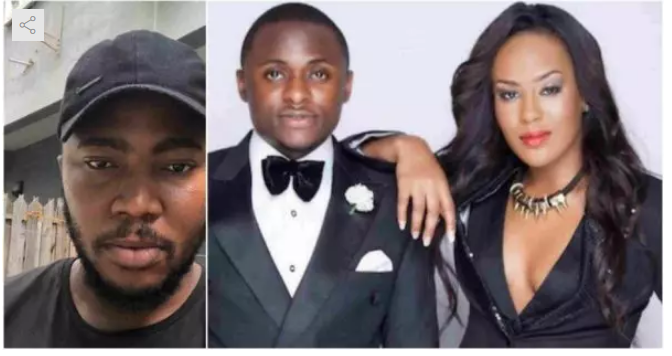 Journalist Joey Akan has given an update on the relationship issue between Ubi Franklin and his former artiste Ema Nyra.

Recall Ubi Franklin was reportedly beating Emma while they dated, a claim that was revealed by Iyanya.

Ubi during his interview with Joy denied this, then further stated that neither he or Emma can talk about this as they both signed an NDA.

Joey has now rubbished this claim as he just tweeted that there is no NDA between Emma and Ub as the latter claimed, adding that he has just finished writing the fourth part of the whole label drama. 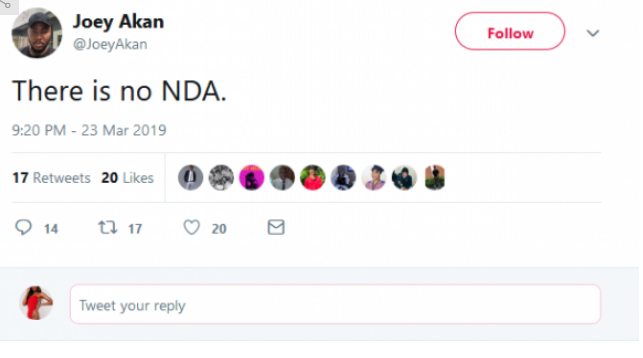