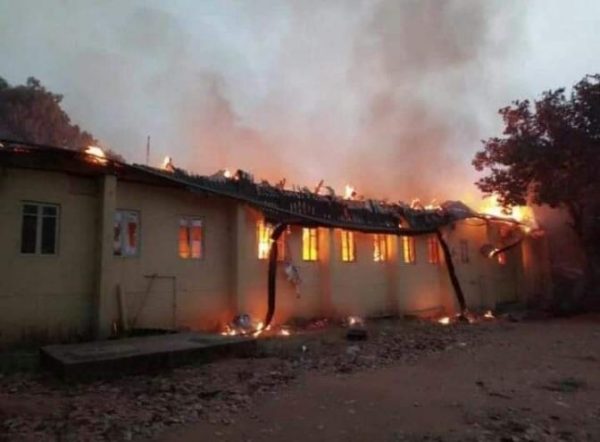 The people of Umuoffor village Okija, Ihiala local government area of Anambra state, have been thrown into mourning and confusion, after a pregnant woman alongside her two children were burnt to ashes in an inferno at their residence.

The pregnant woman identified as Nwazuru Okeke, and her kids, Chidi Ebube(2) and Makuochukwu(1) were reportedly in their home when the sad situation occurred.

“We were not able to recover the bodies of any of the victims because before we could gain access to the apartment, they were already burnt to ashes,” a neighbour told the Nation.

The incident was confirmed by the state police spokesperson, Haruna Mohammed, adding that the deceased were burnt to a point of no recognition.

“There was a fire incident at Umuoffor village Okija at the residence of one Maxwell Okeke.

He also made insinuations that the Commissioner of Police, Rabiu Ladodo has ordered a full-scale investigation into the incident.