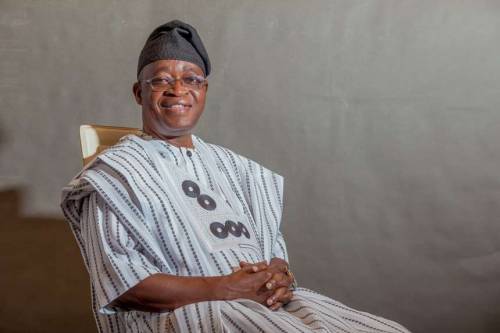 The Governorship Election Petition Tribunal of Osun state has held that the petition filed by the Peoples Democratic Party (PDP), candidate, Ademola Adeleke and his party, challenging the victory of the All Progressives Congress (APC) and Governor Gboyega Oyetola at the last governorship election, lacked merit.

Adeleke, PDP, had asked the tribunal in petition filed to it, to declare them winner of the September 2018 governorship election, having the “highest lawful votes.”

However, the APC, its candidate and the Independent National Electoral Commission, INEC had filed their notices of preliminary objection saying that the PDP, Adeleke petition lacked competence and that the court lacked jurisdiction.

But Gov. Oyetola, APC and INEC objections were dismissed by three -member panel of the tribunal.

Chairman of the three-man tribunal, Ibrahim Sirajo, while delivering his judges said that the objections were misconceived and struck them out – While also noting that the CTC should and must be an exact replica of the EC8A pink copies.

The attempt to explain the alterations on the based on corrections of errors was dismissed by the tribunal, especially since the errors were consistently made in the disputed areas, making it a deliberate action taken.

No judgment has been delivered for the main suit.