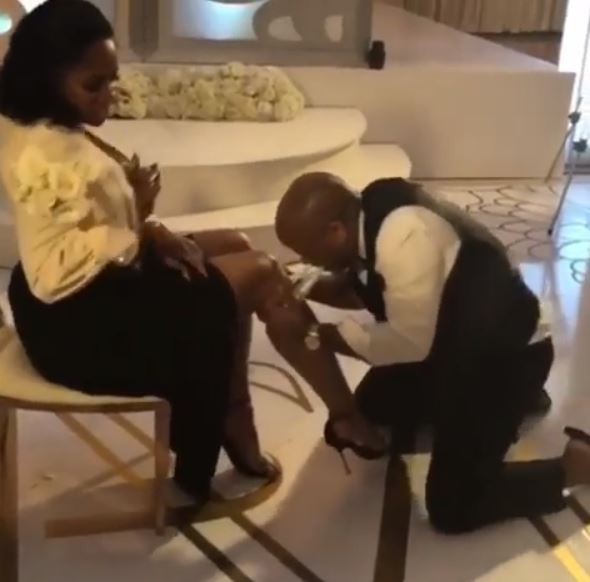 This chief bridesmaid and best man have caused a major stir on social media after a video of them dancing ”romantically” surfaced earlier today. People thought there were husband and wife until investigation proved that they are not.
The lady whose name is Marlo Hampton was said to have caught the bride’s flower and as such was required to dance with the best man.
A trending video of a bridesmaid dancing seductively with the best man at her friend’s wedding has got people talking.