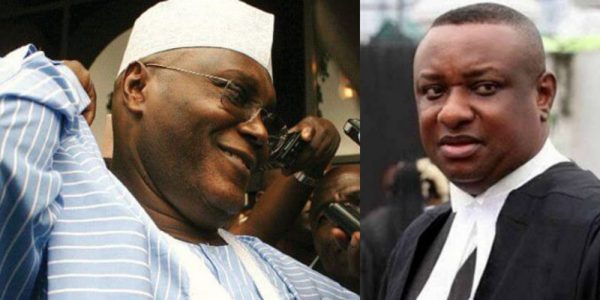 Charles Oputa aka Charly Boy aka Area Fada has finally responded to claims he took bribe worth several millions from Festus Keyamo, the spokesperson of the President Muhammadu Buhari presidential campaign organization to slander Atiku Abunakar, presidential candidate of the People’s Democratic Party,PDP.

According to Charly Boy, Co – Convener of #OurMumuDonDo campaign against President Buhari’s government, he received 9 figure payment for song from Keyamo as payment for his “work”.

The veteran singer said Keyamo paid him to use his work, and not a bribe as alleged by his colleague, Deji Adeyanju, who called him out – shortly after returning from  Kano prison, to discover that Charly boy had compromised.