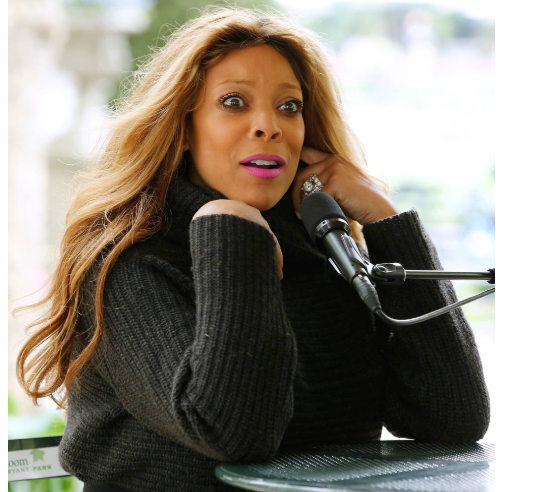 Talk show host Wendy Williams has reportedly been rushed to the hospital after her husband Kevin Hunter welcomed a child with his mistress.

According to reports, Wendy was found drunk and “in a bad way.”

Daily Mail reports that Wendy, who splits her time between the studio and a sober living house, in last weeks, did not receive the news well.

Wendy was on Monday, spotted without her wedding ring and on Tuesday, reports of her getting drunk and being hospitalised surfaced.

Wendy was reportedly given IV fluids at the hospital to help her sober up.

Reports have it that the Wendy Williams show host had always known about Sharina but refused to believe it until the baby was born.

Upon receiving the news, she left her sober house and began travelling in the direction of her New Jersey home. She got alcohol on her way and got drunk until she was found by her team.