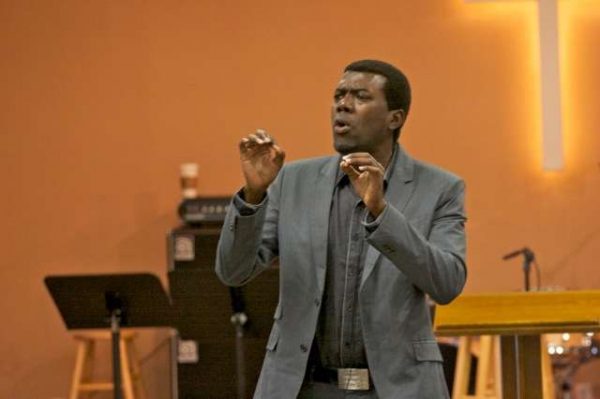 Many Nigerians were struck numb to their marrows, after an audio recording of one of Nigeria’s most admired music veteran and activist, Charles Oputa aka Charly Boy, receiving bribe hit the internet.

Reacting to the now viral audio recording, foremost critic of President Buhari and a former presidential aide, Reno Omokri says, the audio crushed all that Charly Boy has built over the years.

And as for you Charly Boy, I admired you when I was a child. You have built up such a formidable mystique. Why allow an odious fellow like Festus (Stephanie Otobo) rubbish what you have built over the years? Why sell out so cheaply?, he said.

Omokri also urged the Independent National Electoral Commission, INEC, and the Economic and financial Crimes Commission, EFCC, must not turn a deaf ear to the recording.

He wrote: Dear INEC and EFCC,

Have you listened to the tape of Charly Boy, Area Fada, admitting to collecting bribe from Buhari’s campaign through Festus (Stephanie Otobo), to slander PDP’s Atiku? Is this not against the Electoral Act?