Freeze, who has always had issues with Chimamanda’s ideology of feminism, slammed the award-winning author while addressing a Twitter user who had shared her experience during an interview.

The Twitter user had taken to Twitter, to share her story on how a young man she was interviewing complimented her on the way she smelled.

Continuing, she said she ensured the young man knew just how rude it was to make such a compliment.

Reacting to the tweet, Freeze dragged feminism into the whole mix, telling the young lady that;

He was not rude, it is you that are a twisted chimamandian.

He was not rude, it is you that are a twisted chimamandian. 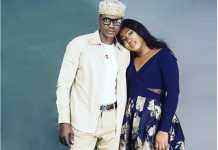