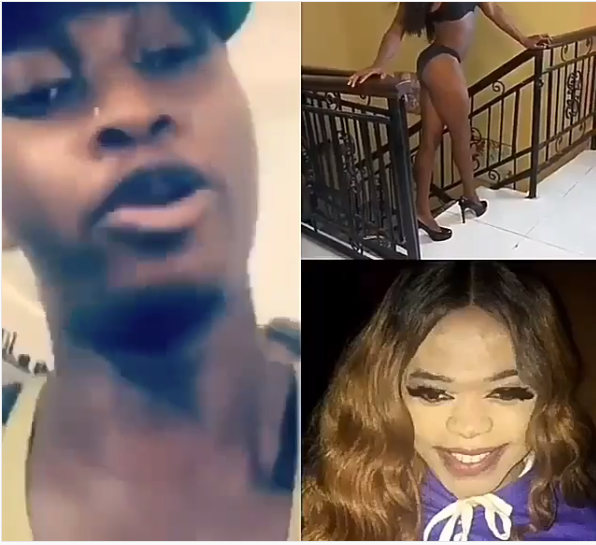 Recall yesterday, Bob, had dragged JP for daring to come at him n defence of Toyin Lawani.

Bob, took time to drag Toyin saying she is broke and has been using the same car for years, only changing the colour to deceive people and make it seem like she got a new one.

Well, JPBlush has responded to all the insult and has taken it a step further by exposing many of Bob’s secret.

According to JP, Bobrisky smells a lot and was thrown out of Tiannah’s empire for mixing hypo with her cream.