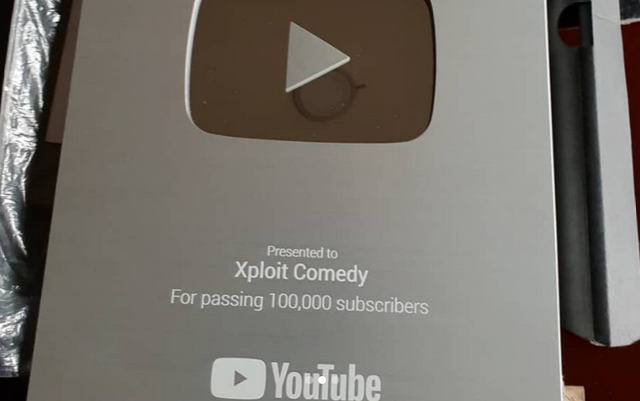 A new mile stone has been achieved by xploit comedy as they passed 100k subscribers on their YouTube channel. The news came in minutes after they received a silver award from YouTube. On the body of the award was crested “Presented to exploit comedy for passing 100,000 subscribers”. A letter was attached to the award recognizing that xploit comedy has done something that only few YouTube creators had done.

The award was unveiled on Instagram through a video made by the top-rated comedy crew in Nigeria. Pictures of the award was upload with the caption “We were so surprised yesterday when this Silver Award came through from “YOUTUBE” it simply means that our Efforts are been recognised! Y’all made it possible! We want to thank God almighty for this Award and also our wonderful fans who made this possible.. also want to thank youtube for the Recognition!

Please if you have not Subscribed pls do it’s free of charge! Let’s make 500k”