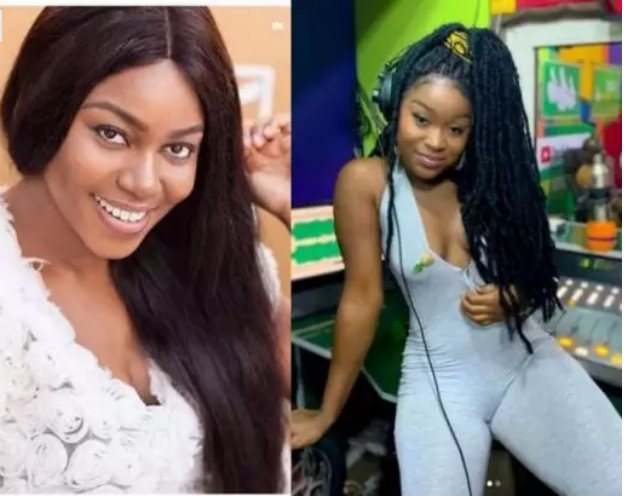 Actress Yvonne Nelson is not one to stand and watch the Christian faith being disrespected.

The Ghanaian actress and mum of one took to Twitter to school fellow actress Efia Odo on just how real God is after the latter bared her confusion about an issue.

Efa had tweeted about the tree of life that bore the fruit of knowledge of good and evil, asking why God would put it within man’s reach if he did not want it to be touched.

“If God didn’t want us to eat the apple from that tree, then why did He put the tree there in the first place?

Pastor -to test my faith.

So would u put fire by an innocent child and tell them not to touch it, stand afar and say you’re testing their faith?”, Efia Odo wrote.

Reacting to her tweets, Yvonne said;

“His ways aren’t our ways. We will never understand HIM, He made us and gave us a simple command, but we failed Him. We are only human. He understands… He loves us daily still. In all our sins and dirt! Chaa, He’s real ooo. It’s all real. I’ve felt Him so I know!.” 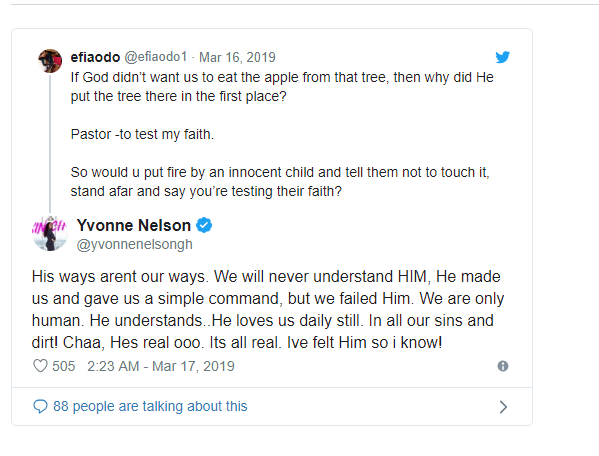