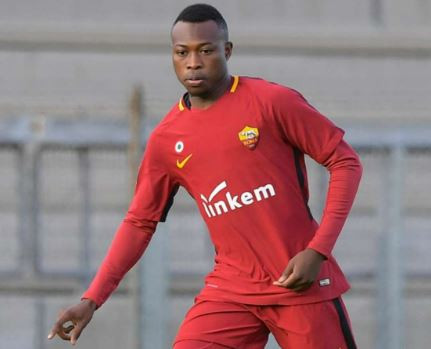 Nura Abdullahi, a  21-year-old Nigerian defender is set to retire from football due to a heart problem.

Nura was advised by Roma last March, to quit football for 30 days following some cardiological tests carried out at the club.

The footballer has for a while now, not played a competitive game since. He was signed for £2million by Roma in 2015 but has now been offered a non-football role in the club’s youth sector in hopes he will have a great career in coaching.