Asisat Oshoala’s Barcelona Femeni have qualified for the UEFA Women’s Champions League final for the first time in its history.

The only goal of the game came via a 45th-minute penalty that was scored by Mariona.

The match was played in front of a record crowd of 12,764 at the Barcelona mini-stadium.

Super Falcons star, Asisat Oshoala came on in the 71st minute. Barcelona had earlier defeated Bayern 0-1 in Munich and won the tie 2-0 on aggregate.

Barcelona will play the winner of the other semi-final between Chelsea and Olympique Lyon. That match will kick off at 2 pm Nigerian time (today). 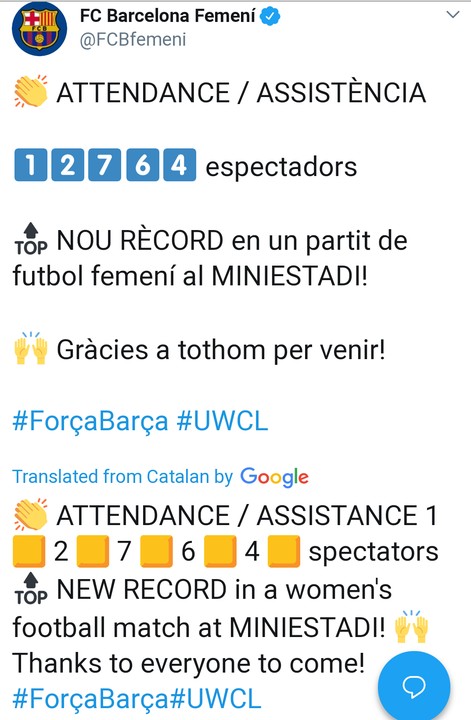 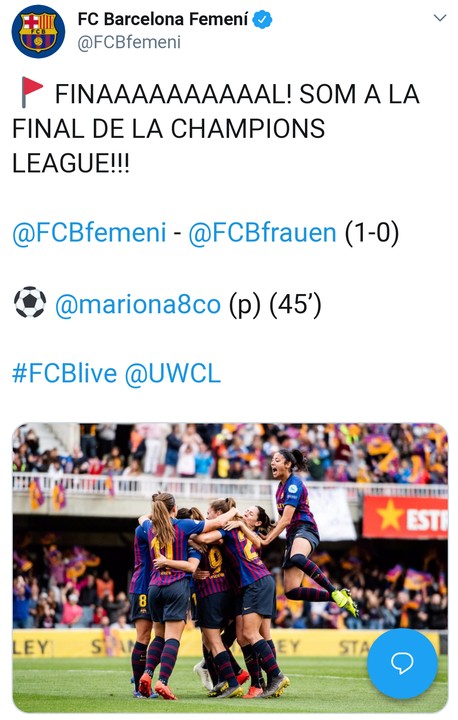