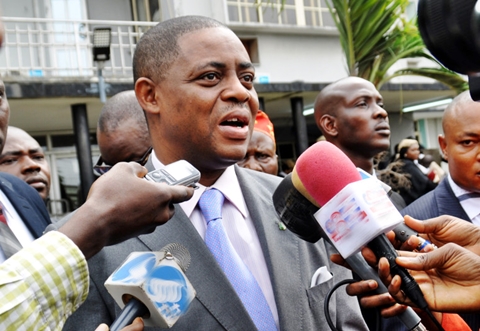 The All Progressives Congress, APC while responding to the petition filed by Atiku Abubakar of the Peoples Democratic Party, PDP to challenge President Muhammadu Buhari’s February 23rd presidential election victory, accused him of being a foreigner.

The APC in it’s response to the petition filed at the presidential election tribunal said the former vice president isn’t eligible to become Nigeria’s President because he was born in Cameroon.

However many critics have lambasted the APC for ‘taking the part of bigotry’, instead of using real issues and facts.

One of those critics include a former Aviation Minister, Femi Fani-Kayode — According to him, accusations like this make the point of those, who refer to Nigeria as a ‘zoo’, valid.

He wrote: When a non-Nigerian accuses a bona fide Nigerian of being a foreigner you begin to appreciate why those that have insisted on calling Nigeria a zoo may have a point. It is only in Nigeria that a man whose father was from Niger Republic can accuse others of being foreigners!