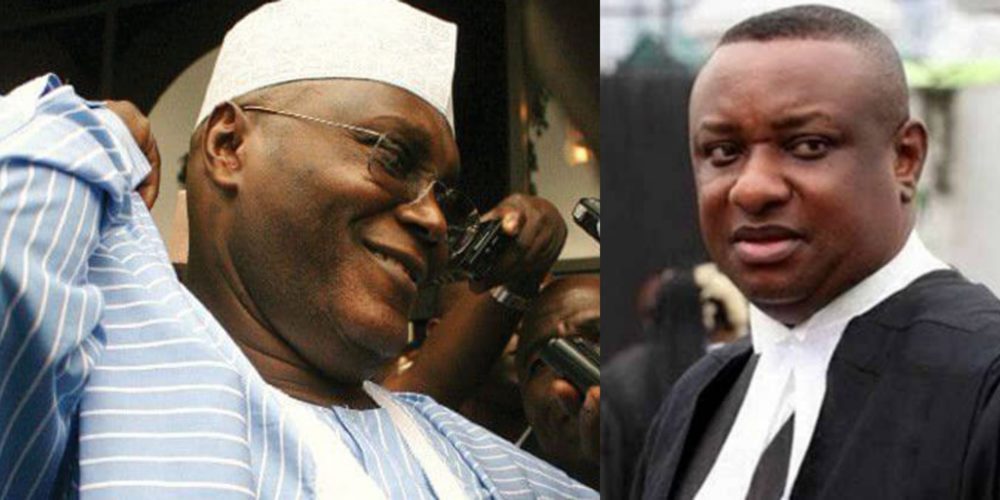 President Muhammadu Buhari’s campaign organization spokesman, Festus Keyamo, has argued that Peoples Democratic Party(PDP) Presidential candidate in the February 23rd poll, Alhaji Atiku Abubakar, is only qualified to be a custom boss and not Nigeria’s president.

He made this known during a live television programme on Channels ”Sunday politics” where he appeared alongside the spokesman for the Peoples Democratic Party (PDP) Presidential Campaign Council, Mr. Segun Sowunmi.

Mr.Sowunmi in his attack queried why the former boss was vice president of Nigeria for 8 years if he really is not a Nigerian and Festus replied him by saying:

“Those who are informed” to go and read thoroughly Section 131 in conjunction with Section 25 of the 1999 Constitution, as amended.  Atiku Abubakar has the qualifications to become a Customs officer, not President.

The fact that Atiku served as a vice president for eight years does not make him a Nigerian, saying, “That is irrelevant.”