Veteran Yoruba comic actor Babatunde Omidina popularly referred to as Baba Suwe has finally traveled abroad for medical treatment, after funds were raised for him following report of him being down with chronic diabetes.

Fellow actor Yomi Fabiyi revealed this on Instsgram. He announced that Baba Suwe traveled abroad for medical treatment on Saturday, April 20, and he was accompanied by his son, Sola Omidina.

He also thanked everyone that came to the aid of the actor when news of his health crisis came into the public domain. 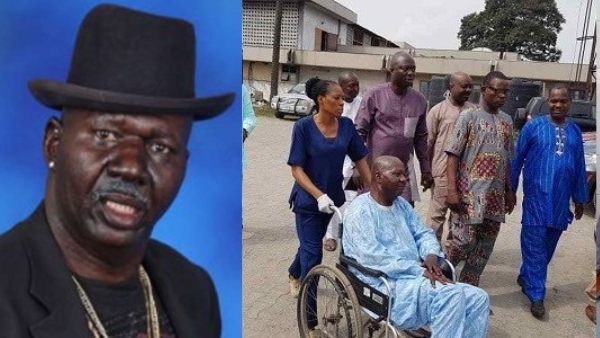