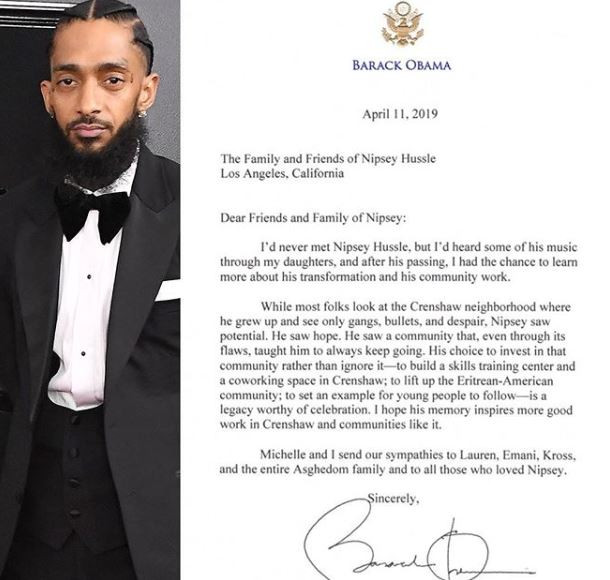 Former US president Barack Obama got many people in their feelings with his tribute to rapper Nipsey Hussle via a  letter read at a memorial for the late musician and activist.

Barack thank the rapper for his commitment to seeing growth in his South Central Los Angeles community.

The letter read in part;

“While most folks look at the Crenshaw neighborhood where he grew up and see only gangs, bullets, and despair, Nipsey saw potential. He saw hope. He saw a community that, even through its flaws, taught him to always keep going,” Obama wrote.

Nipsey was killed at the front of his clothing store last month.