Following the outrage that trailed the arrest of Nigerian lady, Zainab Aliyu in Saudi Arabia for drug trafficking, the Federal Government has secured her release.

Alleged drug trafficker, Zainab Aliyu, who was detained in Saudi Arabia has been released to the Nigerian mission in Saudi.

According to the report, Ibrahim Abubakir, the second person allegedly for drug trafficking will be freed on Wednesday.

This development was revealed by the Permanent Secretary of the Ministry of Foreign Affairs.

President Muhammadu Buhari had given directed to the Attorney-General, Mr Abubakar Malami to secure the release of the lady, who had been wrongly arrested as a drug trafficker. 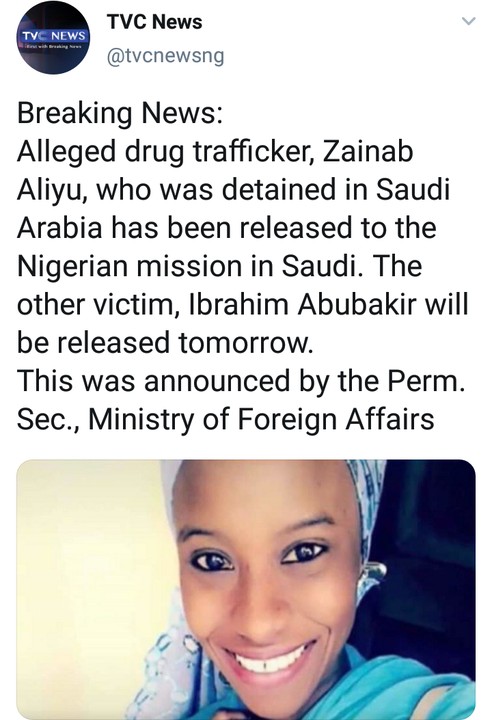