The Federal High Court in Abuja, on Thursday, ordered the Senate President, Dr. Bukola Saraki; Senators Dino Melaye and Ben Murray-Bruce to immediately honour the invitation of the police for questioning over their roles in the October 5, 2018 protest staged by the Peoples Democratic Party challenging the outcome of 2018 Osun governorship election.

It should be recalled that Saraki, Dino, Murray-Bruce alongside other PDP leaders led a protest which held some days after last year’s governorship election in Osun State was declared to have been won by the All Progressives Congress.

Alleging that the security agencies, including the Police, colluded with the APC to rig the earlier governorship election in Ekiti State and the one later held in Osun, the senators had led a protest to the Independent National Electoral Commission’s office in Abuja, demanding a free and fair election in 2019; and were on their way to the Force Headquarters when policemen dispersed them with teargas.

Delivering judgment on Thursday, Justice Okon Abang dismissed the fundamental human rights enforcement suit filed by Saraki, Melaye and Murray-Bruce who had been invited by the Police to answer questions in relation to the protest.

The senators had sought the court’s order nullifying the October 6 and 8, 2018 letters of invitation by the Police.

They had also, in their suit filed on October 8, 2018, claimed that the Police invitation amounted to harassment, intimidation and an attempt by the Police to detain them unlawfully.

They prayed for, among others in the suit, the court’s declaration that the act of the Police dispersing their procession using tear gas was a violation of their various rights, and sought an order awarding them N500m as “exemplary and pecuniary damages.” 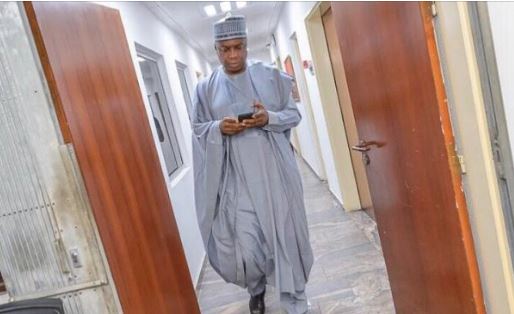