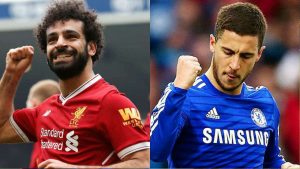 The Blues top four finish hangs in the air after their disappointing two nil lost to Liverpool at Anfield during the domestic league fixture corresponding to match day 34 yesterday.

They have played a game more than both Manchester United and Arsenal who sit in 5th and 6th respectively.

Should the two teams win their next matches then Chelsea would be dumped into 6th position on the league table as the race for the top four near its finish line.