Godfather of comedy in Nigeria, Alibaba has called out the Senate after news broke out that  Senator Joshua Dariye, still receives his full allowances as Senator and former governor despite being in jail.

A few days ago, reports had it that the former Governor of Plateau State now Senator, was among co-sponsors of a bill on the security challenges in Kaduna state on Thursday.

Also Read: ‘Most men are useless without sex in their relationships’ – Nigerian gay man Bisi Alimi

Alibaba who called out Senator Dariye after his name reflected in a bill sponsored in the Senate chamber on Instagram; 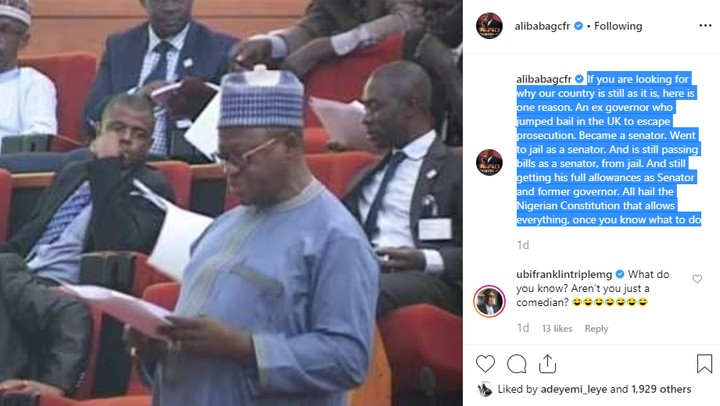 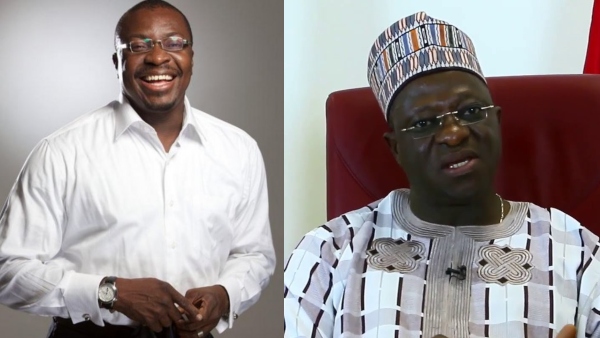