Did Peter Okoye of PSquare sleep with Diamond Platnumz’s ex-wife? 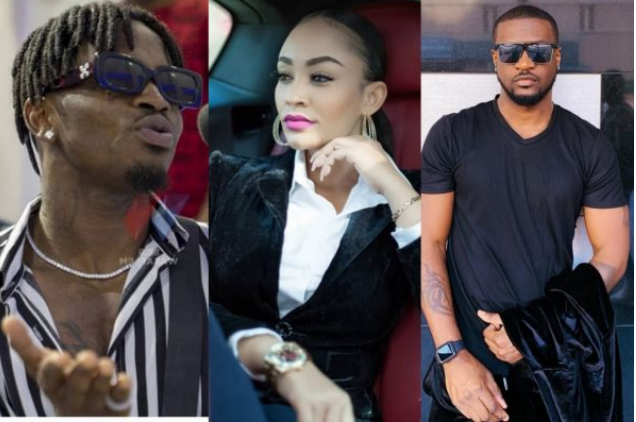 Tanzanian singer Diamond Platnumz had raised the claims that Nigerian singer, Peter Okoye had s*x with his ex-wife Zari.

According to the Tanzanian singer while speaking during an interview on Tuesday on his Wasafi Radio, “Zari was dating P-Square’s Peter a few months before she and I got our first baby, Latifah Dangote, he said.

I read messages that she and Peter sent each other via mobile phone. I even confronted her.”

Speaking during an interview at Cool FM, the former Psquare singer said he would not comment on the allegations because he doesn’t want to get distracted.

“To be honest with you, I do not know what they are talking about. I can never, and would never say anything. Please, I have a new single, and I do not want to get distracted. I do not want to comment on Diamond’s allegations. In fact, it is stupid.

“Once people discover that you are doing well, the devil just finds a way of rearing its ugly head. Nonetheless, we are friends with Diamond Platnumz; he is my guy. ”

Share
Facebook
Twitter
WhatsApp
Previous articleWhy Buhari has travelled to the UK again – Femi Adesina
Next article#AvengersEndgame: See the unbelievable thing that happens when you google ‘Thanos’
- Advertisement -Ad ==> Discover how a young Nigerian graduate now makes a consistent 40k per week doing a legitimate online business. You too can start yours now, click here!!!