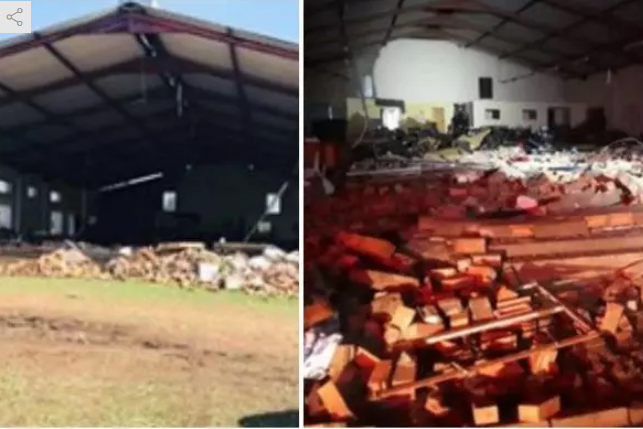 A new report confirms that 13 people have lost their lives and 16 others seriously injured following the collapse of a church building in South Africa.

According to reports, the accident happened at the Pentecostal Holiness Church in eMpangeni, KwaZulu-Natal, during a service organized in preparation for Easter Sunday.

The church’s wall collapsed killing many in the process with 29 people already having been rushed to a hospital. The victims were mostly women who were in the church sleeping.

According to some local officials, the tragedy occurred due to heavy rainfall in the on Thursday night.

Speaking on the tragedy, Reverend Thulasizwe Buthelezi, the mayor of Zululand municipality, said;