A Facebook user identified as Odogwu Ochinanwata has called out a distributor named Obinna Ofor who disappeared after owing him N700K, which came from a business deal they had.

According to the Facebook user Obinna Ofor who hails from Abia state but currently resides somewhere in Trans-Ekulu Enugu became a distributor for his wine company in Enugu in October 2018. However, the alleged distributor disappeared after he made received supplies worth N700k. 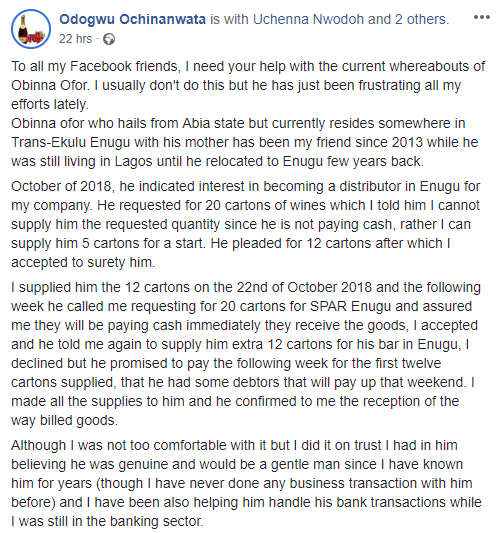 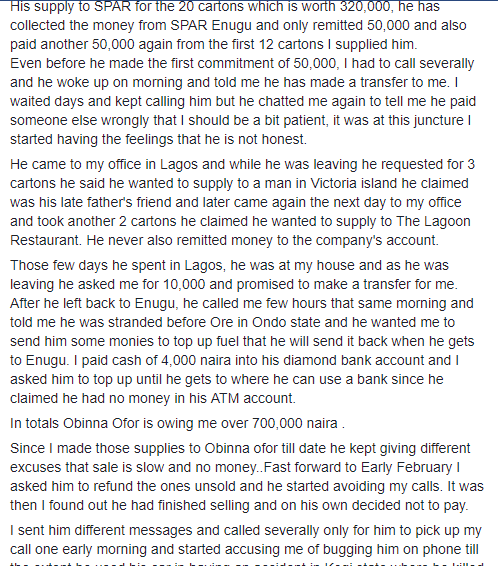