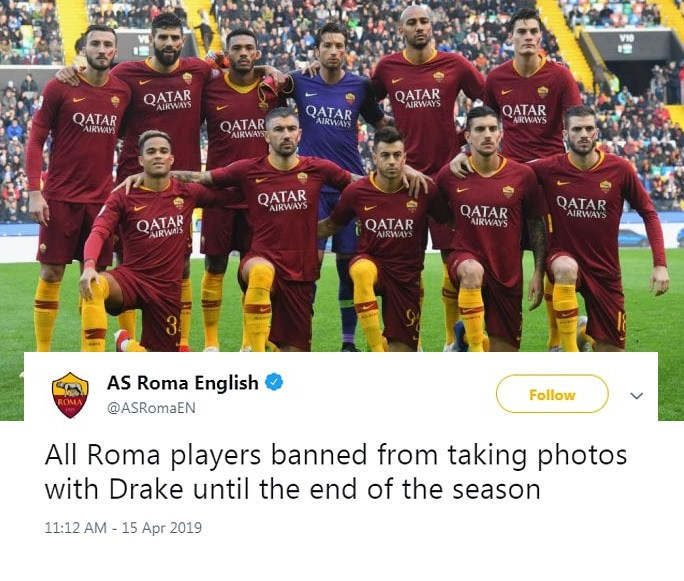 Roma, an Italian football club has hilariously banned its players from taking pictures with Canadian rapper Drake. This supposed ban is to run until the end of the football season.

The new rule came after footballer Layvin Kurzawa became the latest victim of the ‘Drake Curse’ after Paris Saint-Germain’s 5 – 1 beating at the hands of Lille. This was the club’s heaviest league defeat in 19 years. 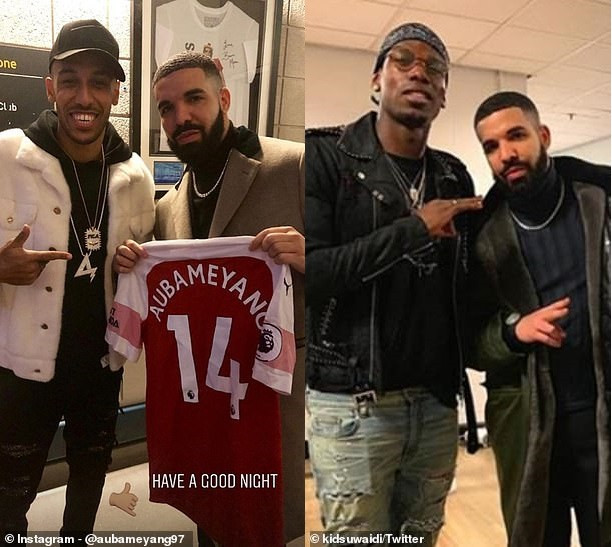 The footballer was the latest to join the long list of sports stars that lost their next game following a picture with Canadian rapper Drake. 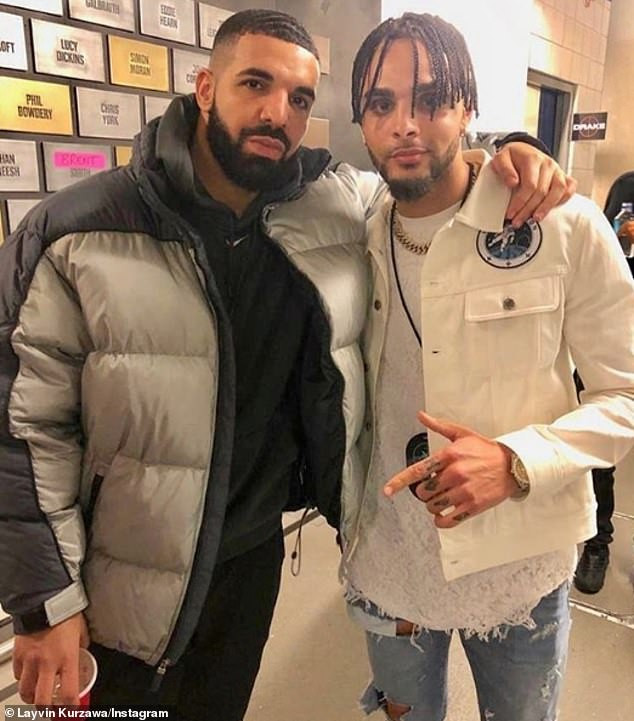