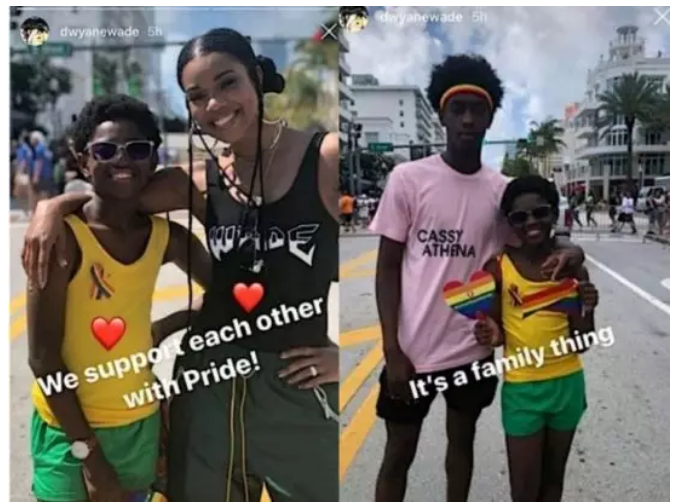 Hollywood actress Gabrielle Union has finally opened up on why she decided to support her son Zion Wade during the gay rally held a few weeks ago.

Recall, photos of the mum and her 11-year old son surfaced online as she supported him during the gay pride, causing many to ask why she would allow him to attend a gay pride event at that age.

On why she allowed her son to be at the pride, Gabrielle said;

“It feels normal. My mom took me to my first pride at eight years old. We moved to San Francisco, and it’s kind of part of being a global citizen.”

“People talk a lot about diversity and inclusion, but they don’t actually mean it. In our household, we mean that, and that’s why the entire household went to pride.”