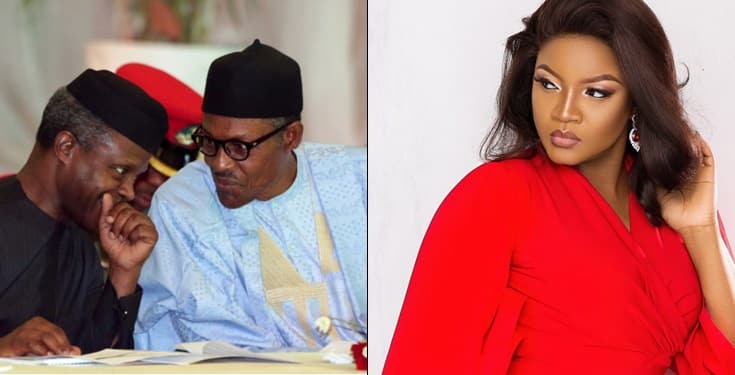 Some Nigerians have taken to social media to backlash Nollywood actress, Omotola Jalade for criticising President Muhammadu Buhari and his vice, Yemi Osinbajo.

Omotola has been the focus of Twitter warriors after she said that Nigerians were going through hell under the present government.

The Country Under your watch is Hellish! @ProfOsinbajo @MBuhari @NGRPresident The lack of Money in circulation,Now coupled with the Continuous Assault n Killings by Uniformed men’ll make this Country implode!!!It’s Unbearable! Do something!Insecurity!Fear n Desperation everywhere

The beauty actress was immediately lambasted by the Buhari/Osinbajo supporters. According to them, she cries out because she has stopped enjoying free money — And that she only attacks because she has no place in this government.

In her response, she said of her ‘attackers’ were a bit more in sync with reality and history, they would know she even criticised the past government more.

She wrote:  Lol,if you are smart you’d find that I criticized the past administration even more than this one. Actually hoped this one would/should be better. Unlike most of you, I’m not partisan. Am an Activist. I work only for my conscience.  I leave you with yours. Selah