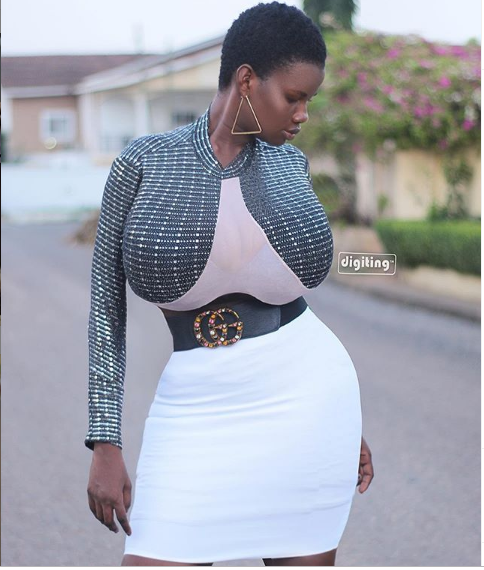 Popular Ghanaian big boobs model, Pamela Odame Watara has revealed how her boobs grew at different rates at the age of 16.

Pamela said she was concerned when she discovered one of her boobs was flat while the other was quite round and big.

“When I attained 16, my left breast was big and the right one was flat. My mother took me to the new Dorma Municipal Hospital where the doctor examined and said there was nothing wrong. Those days to hide the size of the left one, I had to pimp the other with a cushion so they will be at level”, she revealed.

“The doctor after pressing and examining it assured us that the other one will develop. Between six and eight months later I started seeing signs of development as we were told by the doctor.”