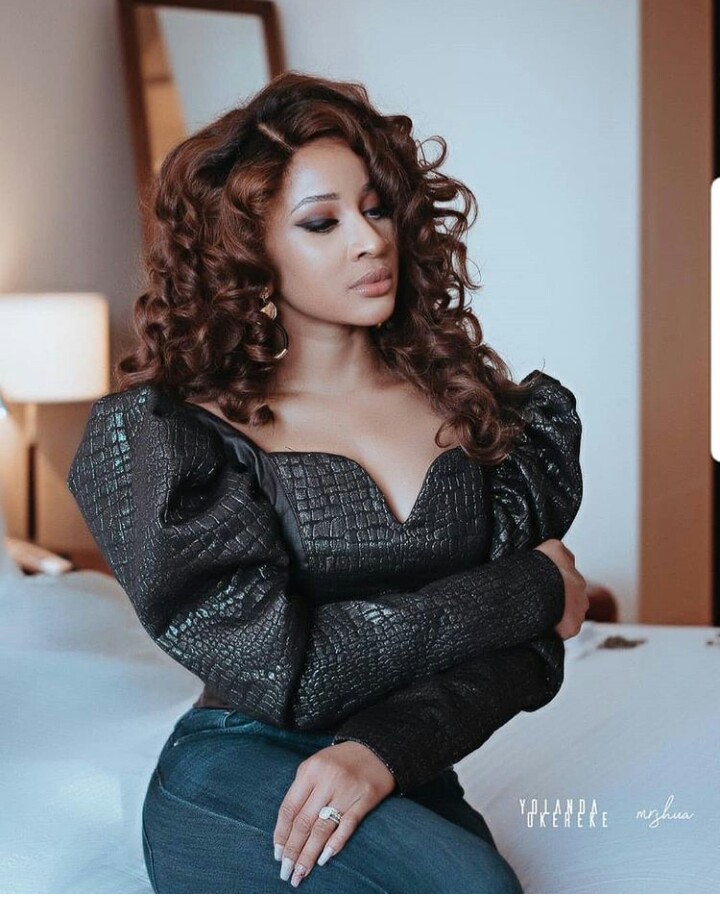 Nollywood actress and wife of singer Banky W, Adesua Etomi-Wellington has announced to all that care to listen that she uses android mobile phones and she’s very proud of it.

In Nigeria, there’s been a sort of superiority contest, between android and iPhone users, with the later feeling they are better, richer and more sophisticated than people who use the former.

iPhone has been so hyped that young people especially females would do anything just to grab one of the models.

Speaking via Tiwtter on Thursday, the beautiful actress says she refuses to be shamed because of the device, adding that she’s very happy and proud about it.

Excuse me! Yes pls. I use android oh and I use it WELLA. 🙌😏🤣
For those asking…
I say no to Android shaming. We are happy and pproud. 🤣🤣🤣