Home National News Igbos Are The First In The World To Discover, Harness And Nurture...
Facebook
Twitter
WhatsApp 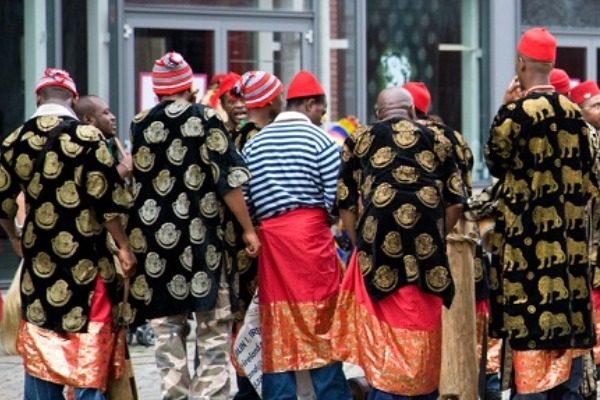 The Ooni of Ife, Oba Adeyeye Ogunwusi, has said that the Igbos are the first in the World to discover, Harness and nurture wealth. He made this disclosure during a courtesy visit by the Igbo community within Osun to his palace yesterday.

He equally shared that the first human race to exist were the Igbos.

”Truth be told, the race that first discovered prosperity and wealth and they really nurtured it are the Igbo race. The Igbos first discovered it through their ancestral background, the linage of Obatala. They discovered the lineage of prosperity and wealth in terms of the divinity world and that is the reason why today, the Igbo race have very good expertise when it comes to commerce. They are very distinct. There is no place you would go in the world that you would not find an Igbo man.

And the same goes with the jews. There is this mistake the world makes that the Igbos came from the Jews. No! It is the other way round. Truth be told, the first human race that existed was the Ibos before the jews and we were all living together at the center of tropical rain forest before they started moving towards the Eastern part of the world where they started settling. So the race of the Jews and the Igbos are very similar but the Igbos are way older than the jew